A Vision for Change, A Legacy of Impact

We are a family foundation working for change in our communities. As a legacy of the RGK Foundation, we are committed to improving the lives of vulnerable populations in California and Texas.

History of the Reissa Foundation 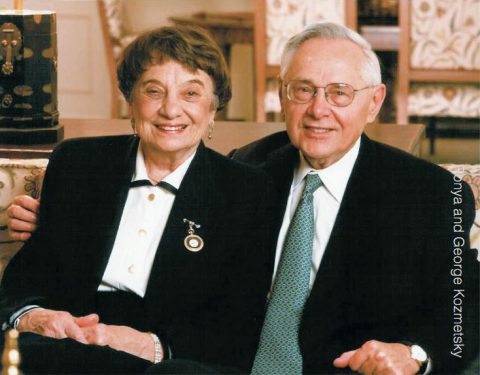 We are honored to carry on the tradition of family philanthropy that our grandparents, Ronya and George Kozmetsky, began with the RGK Foundation. In the 50 years since its beginnings in 1966, RGK awarded more than 3,500 grants, totaling over $133 million, to family and child welfare programs, healthcare, education, and nonprofit leadership.

In 2016, the RGK Foundation evolved into two separate foundations led by Ronya and George’s children and grandchildren, and the Reissa Foundation was born. Our grandparents were both children of immigrants, and they knew to live in America gave them a tremendous opportunity. They felt a duty to give back to their communities, which we share.

They accomplished much in their lives. Ronya was an author, a pilot, and spearheaded many philanthropic endeavors. George was a technologist, an educator, an author, and shared his wife’s passion for philanthropy. Best known for co-founding Teledyne, he also served in the U.S. Army Medical Corps in WWII and led The University of Texas business school as dean for many years.

Our grandmother led the RGK Foundation for over 30 years. When we launched Reissa, it was important to honor her memory. The Russian language famously has many nicknames and while preparing for her memorial, we discovered the name “Reissa” in her immigration papers. We were excited to discover a diminutive for “Ronya” we’d never heard before – a new side to our grandmother, and a fitting name for our new foundation.

The Reissa Foundation is proud of our history and we look forward to continuing in the philanthropic footsteps of our beloved grandparents.

Our grandparents were both children of immigrants, and they knew living in America gave them tremendous opportunity. They felt a duty to give back to their communities, which we share.

The Reissa Foundation is led by a board which includes the daughter and grandchildren of Ronya and George Kozmetsky.